When looking at giving your home a temporary makeover for the spooky season, it’s important to consider the effect that single-use items can have on the environment when they are thrown away and end up in landfill.

For example, 19 major UK retail outlets revealed that 83% of the material offered in clothing or costumes promoted for Halloween is plastic.

My Tool Shed are here to provide you with all the tips needed to make sure your home is full of ghosts and ghouls throughout October, but ensuring you can sleep well knowing you’re looking after the environment too.

Carving Pumpkins is a must at Halloween, as family members and friends compete to see who can make the spookiest or funniest design. Unfortunately, 95% of the 10 million pumpkins grown in the UK annually are used at Halloween and then thrown away - creating 18,000 tonnes of food waste. That’s the equivalent of 18 cargo ships or 108 million servings of pumpkin soup. It’s enough for everyone in the UK to have 1.6 portions each, or better yet every person sleeping on the streets in England could have 40,179 portions each!

One thing we’d advise you to do though is to keep hold of the left-over pumpkin carvings in order to feed animals with them, rather than it all going to waste. 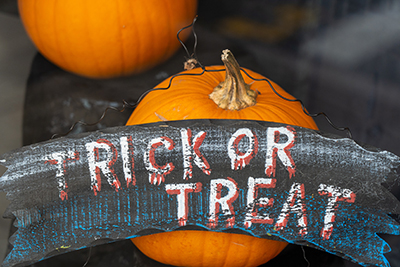 The RSPCA has previously said: “Lots of animals – including wildlife – love to eat pumpkin; so we’re urging people not to waste them but to feed them to the wildlife in their gardens or perhaps even to their pets.”

“Squirrels, foxes, badgers and birds all enjoy them, so people could leave chopped up pumpkins outside in dishes for wild animals to eat if they choose. Wildlife can struggle to find food this time of year so some chunks of tasty pumpkin could be very welcome.”

It goes without saying that you should only leave any leftovers out for animals if they are still safe to eat, so don’t do this if they have had tea lights or candle wax in them.

Around 4 in 10 Halloween costumes are only worn once before they get thrown away, with a large amount being made from plastic. When looking to put together a DIY costume for the big night, it’s often the case that you can use clothing items that are already in your wardrobe, rather than going out and buying new items. After all, UK Halloween celebrations generate over two thousand tonnes of plastic waste from clothing and costumes alone. That’s the equivalent to six Boeing 747 Jets or thirteen Adult Blue Whales.

If your goal is to dress up as a famous celebrity, TV, or film character, the chances are you’ll be able to make something work from your existing clothing line. This may be a case of sprucing up items with extra props or creating your own special t-shirt design. 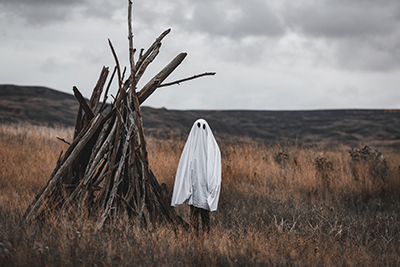 Alternatively, you can dig out a costume from years gone by and bring it back from the dead, in the spirit of Halloween itself. If you’re going the face paint route, make sure it’s a non-toxic and cruelty-free version. You can sleep well knowing that you’ve gone the sustainable route, as the sad fact is less than 1% of the material used to produce clothing is recycled into new clothing.

There are a multitude of reasons why balloons are bad for the environment, ranging from being harmful to sea turtles and dolphins, to the helium shortage around the globe. But what are some good alternatives to balloons for your Halloween party?

Create a scary bunting or banner out of a recyclable material like paper, where you can get creative with the designs and patterns. Why not cut out tombstones or coffins to hang from the ceiling? Pinwheels can also be made out of paper and are surprisingly easy to make when following a simple tutorial. These can easily be given a creepy edge, especially if someone is dressed as an unnerving clown like Pennywise from the IT series.

Rather than buying in fake blood capsules from the local shop that comes with a mass of plastic packaging, you can create your own eco-friendly fake blood using the following classic recipe:

Add more flour for a thicker substance, or use less if you want a more runny look. Keep an eye on the colour when adding the vegetable colouring, as you’ll obviously want the final product to have a striking red look.

Instead of throwing your egg cartons out, use them for a cute spooky bat decoration! All you’ll need is the carton, some black paint or crayon, googly eyes, ribbon and a small amount of glue. Just follow these steps: 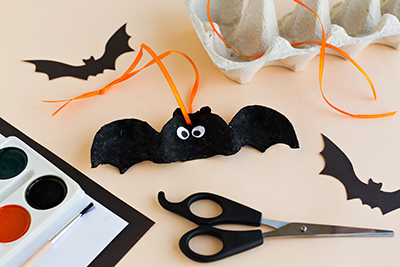 It’s a fact that not many people are aware of, but even if your sweets wrappers are made of 100% plastic, and of a single type, they’re unlikely to be processed due to their size. The sweet wrappers often found in ‘fun size’ Halloween packs are simply too small to pass through the machines, so they’re unfortunately diverted to landfill.

A great way to get around this is to use alternative treats that are much better for the environment. The most effective way of doing this is to ditch the packaging completely and have zero waste, with fruit like bananas and oranges. Use a tiny bit of icing to add faces to strips of banana for effective ghosts, and to oranges for small and tasty edible pumpkins. Buy the fruit loose, take your own bag and voilà! No waste. 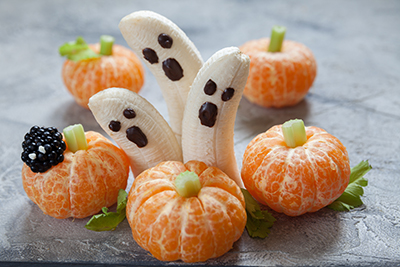 Using old white bedsheets as makeshift ghosts is a tale as old as time, but it still works. The vast majority of the public will have a spare white sheet lying around in the house somewhere, so why not put it to good use?

The idea is really easy, simply stuff something soft like an old newspaper or a cushion into the sheet and tie some string around to make the head, and cut out some eyes if you want to give our new ghoulish friend a face. You can then hang it by strings either indoors, or in the garden for added spooky effect.

Many plastic and hard-to-recycle items that appear across the UK include fake spider webs, devil horns and tridents, witch hats and plastic lamps and batteries. Fake spider webs are also a Halloween nightmare for birds and small animals, say wildlife rehabilitators.

The best thing to do is to ditch the fake spiderwebs entirely and create your own. There are a few options here. One is to draw or paint the webs onto surfaces that you don’t mind marking, while another is to use some black yarn and pipe cleaners to create your own DIY webs. They’re easy to do, and you don’t have to add to the masses of plastic in landfill. 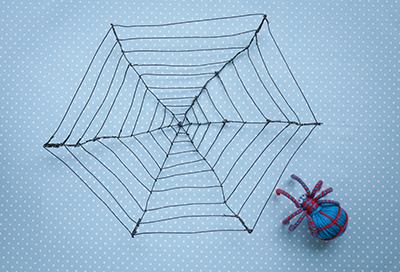 One aspect of Halloween costumes and decorations that is not such an obvious hazard to the environment on the surface is the use of batteries. Waste experts have claimed that the majority of batteries used for Halloween items end up in landfill. You may be thinking that batteries are small so it can’t be a big issue, but they inevitably end up leaking into the environment, causing damage.

Avoid using batteries where possible as you’d only end up having to throw them out. If you need eerie lighting in your home, look to use something that can be plugged into the mains instead.

You’ll probably have noticed that chocolate prices have been increasing in the last few years, which is partly due to climate change causing a number of issues for cocoa farmers. Global warming and rainfall pattern changes could lead to some areas of West Africa being unsuitable for cocoa production by 2030.

If you’re buying chocolate treats for Halloween, look out for Fairtrade chocolate where you can. It’ll help local farmers receive a more secure income and receive more benefits for their work.

So there we have it! Follow these tips and enjoy a spooky Halloween party in your own home while also having the environment in mind. What’s not to like? 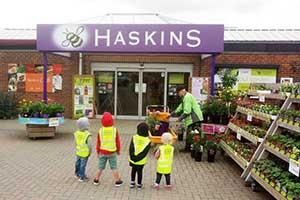 Five children from Happy Cats Childminders were taken to Haskins earlier this week to choose their preferred plants for growing in the community garden. The children selected runner beans,… Read more 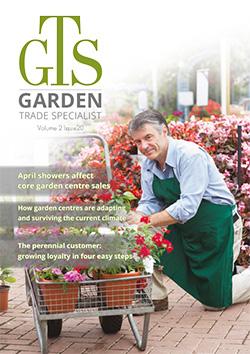 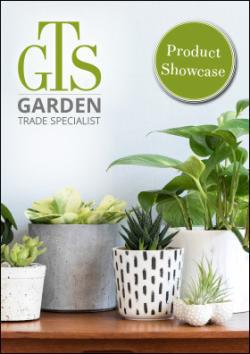 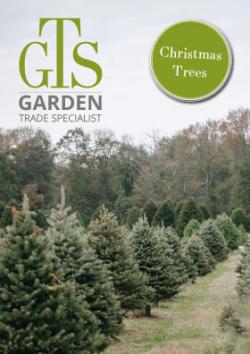 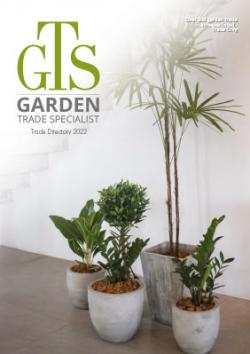 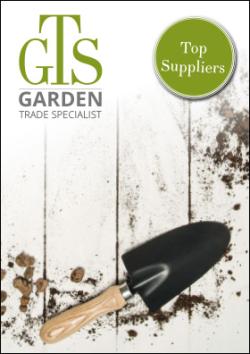 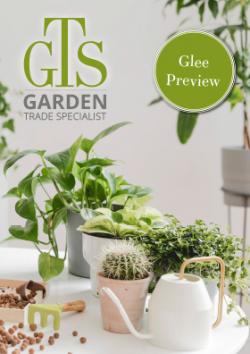 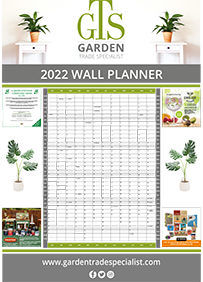